The universe has a wicked sense of humor. 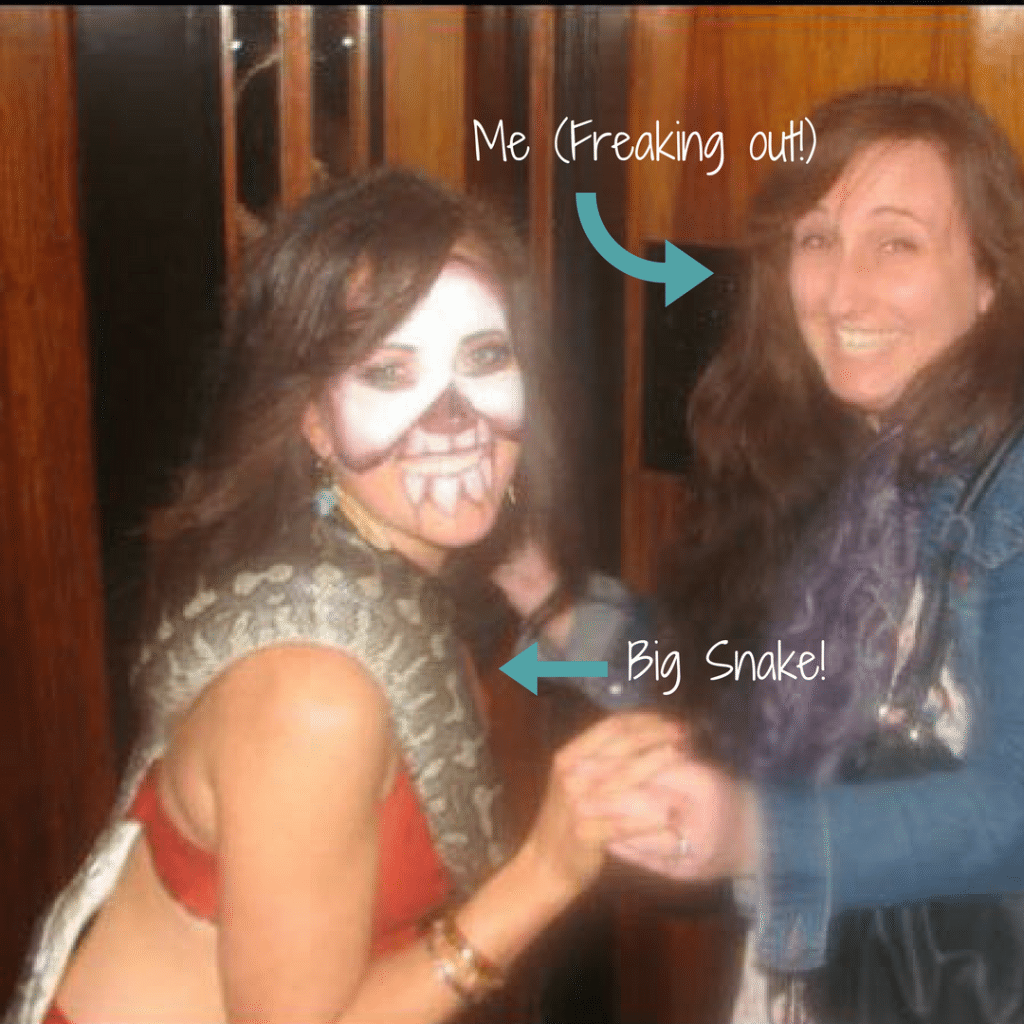 Recently, a dear friend of mine did her first solo performance as a burlesque dancer. Being a supportive friend I was there to cheer her on. What I didn’t know was that Miss Ginger Kisses would be dancing with a rather large python wrapped around her body, not an issue unless you have a fear of snakes.

I have a fear of snakes.

My fear of snakes is that intense, during a previous trip through Bali when about to enter into a temple. I was caught off guard by an approaching man draped in a giant python asking me to give it a cuddle. A Cuddle? Are you serious? I have an irrational fear that all snakes will attack or at least turn into Nagini, Lord Voldemort’s pet snake. I screamed so loudly that security came to see what the commotion was about (I was even crying, I was that frightened). Resulting in Mr Python man being escorted away by security and me being cared for by concerned staff.

Post show, Miss Ginger Kisses and dance partner, Clyde the Python were posing for photographs. I thought here was an opportunity to face my fears and get close (not touch) with a snake. Thinking that I could hold my shit together for the 20 seconds that it would take to get the photograph.

However, the universe has a wicked sense of humor.

The first photo did take the estimated 20 seconds, but it was also photo bombed ruining the photo. By the second photo was taken, my anxiety had kicked in and it was screaming at me save yourself! Clyde the Python is about to turn into Nagini.

I think the look my on face says it all. Some times, you just have to feel the fear and do it anyway.